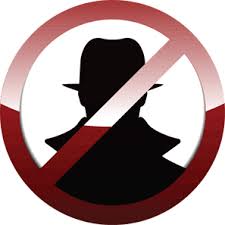 A group of BDO experts have teamed up with the PKF Littlejohn to build a new fraud counter team.

Jim Gee is currently visiting instructor at the University of Portsmouth, teaching the subject of Counter Fraud. Previously he was the chief executive officer at the NHS Counter Fraud and Security Management Services. He has been approached by 5 ministers, 3 state secretaries and the Attorney General to get counseling.

Andy Whittaker previously was a director at the NHS Counter Fraud Training and is currently the chairperson of the Counter Fraud Professional Accreditation Board Training and Education Committee. Whereas Martin Moore has been the head of the Economic Crime for Humberside Police.

Littlejohn’s managing partner, Carmine Papa, said as per the perception of its charity and insurance company clients the fraudulent activities issues had increased. Papa continued that these issues have become more and more vital for the whole market as well. He further said that almost each organization regardless of its size is facing fraud risks. Now this is the best time to provide anti-fraud counselling to the existing as well as the new clients with the assistance of PKF network.

Papa added that Jim Gee’s group assists the companies to mitigate risk of fraud rather than to keep observing and waiting for it to be detected and then corrected, as this will necessarily take a longer time to happen.

Jim Gee concluded that if one has capability to measure the financial cost of an issue then it can also cope with that issue and he added that they have all the expertise to prevent loss caused by fraudulent activities.