Coding Made Easier in Programming Languages 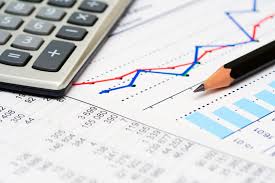 The very task that you require accomplishing lies on your ability in writing own programs. The manner in which one approaches a problem allows one to zero in on that task. Most accountants find it tough by the mere mention of a coding program. In the 1980’s when the personal computers had hit, accountants were busy rolling their own applications basically in Lotus 1-2-3. Even today, most people are continually using Excel as a language in programming even though they may not be realizing that whatever they are doing is indeed programming. However, if you feel that learning the program is not your ‘cup of tea’, there exist some app makers which enables one to create an app in Android or iOS by a simply dragging and dropping the components. An example of such an app builder is Infinite monkeys available at www.infinitemonkeys.mobi.

Application flow and flowcharting are the difficult parts in creation of applications. If you get to accomplish this part, you will appreciate coding to be a very easy task. It is not difficult to code on your own. Several books are available which can take you from a newbie to proficient guru. In case you would like to learn one of the latest languages such as Python, there are numerous online courses available at the online learning centers like Coursera.org.

Scratch and BASIC are two very simple languages which can be learned very easily. BASIC came up in 1964 in Dartmouth in order to teach programming and science. The very first Apple got programmed in BASIC just like the other personal computers of that time. Microsoft BASIC is what begun the company to its domineering world.

It was not until the year 2003 when another very easy to learn language; Scratch was developed. This was done at the MIT Media Lab with the intention of teaching multimedia coding to children aged between 8 and 16. This is a language in visual programming where you are just required to drag commands to a working area. It is powerful in game formation and is quite useful for other objects in programming.