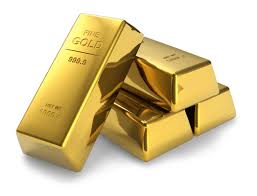 According to the latest study, the number of families who have got a retirement plan with an individual account like IRA is going down. Nevertheless, assets in those plans are ever increasing. An analysis done by an independent Employee Benefit Research Institute discovered that the percentage of those families with an individual account reduced in 2001 from 52.8 % to 48.2% in the year 2013.

The EBRI report concentrates on plans of personal account retirement like defined contribution plans that are employment based and also individual retirement accounts since they are of paramount importance to the finances of several families in America.

For most of the families, the savings of individual account retirement plan comprise most of the financial assets that they own. Craig Copeland, a senior research associate confirmed this. By studying these accounts, one gains an understanding on how poorly or well that people are getting ready for retirement.

The EBRI report established that among all the families who own such plans, the assets of the individual account retirement were a majority of the sum of all financial assets. Nevertheless, Copeland agreed that the study’s results fail to answer questions regarding the retirement needs. The continued importance of individual plans retirement was also evidently shown.

While ownership in retirement plans from a present employer among families decreased from year 2010 to year 2013, the percentage of head of families who got the eligibility for the defined contribution plan were more or less in the same proportion. This is 78.2 % in year 2010 and 78.7 % in year 2013.

In the future, the IRA increase in wealth is expected to go on since more and more workers will get in the defined contribution plans. They are also expected to be in them for a very long time period than in past years.