Salaries of Partners at Deloitte Exposed in the Sony Data Hack 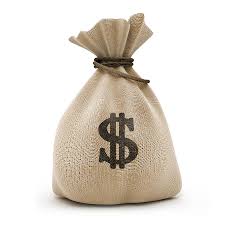 Criminals hacked into the network of Sony Pictures stealing movies which they uploaded in the internet. In addition to that, they have now uploaded an excel worksheet which they obtained from a former employee who previously worked for Deloitte. This spreadsheet contains more than 30,000 Deloitte employee’s salary. Exposing employees’ salary on the internet is a cyber crime as salaries are private and confidential information.

According to a report given by the Fusion website, the group calling itself as ‘Guardians of Peace’ posted a 2005 spreadsheet that has got salary data of close to 31, 124 employees of Deloitte. Included is the salary information of all employees across the various divisions in Deloitte. It includes Deloitte tax, Deloitte & Touche and also Deloitte Consulting.

The former Sony human resource employee had worked for Deloitte at one point in time. Besides the salary data, the spreadsheet also entails data and race gender together with titles but not the employee’s names. The excel sheet was supposedly used in a study analysis at Deloitte in the year 2006. The purpose was to determine whether there was discrimination on gender and race at the institution. Some evidence on disparities in salaries was evident in the study.

Personal information was also exposed by the Sony hack attack. This includes numbers of Social security and hundreds of thousands of pictures of the Sony executives. A number of unreleased Sony movies were also posted online by the hackers. Among them is a remake of the song, ‘Annie’ together with the ‘Mr. Turner’ which was directed by Mike Leigh and also ‘Still Alice’ that starred Julianne Moore. ‘Fury’ the most recent Brad Pitt Vehicle was also leaked by the hackers in the internet. According to reports that are unconfirmed, the hacking has been attributed to North Korea who angered the government due to the Sony comedy that is up coming. The interview involved James Franco and Seth Rogen in who played journalists who were commanded by the CIA to carry out an assassination of Kim Jong Un.