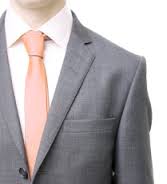 A Ping-Pong player and a trainee accountant has been convicted for falsely naming himself as Rodney Trotter and selling fake goods through a brazen bid on Facebook.

As per Wales Online report, under the Trademarks Act, Ryan William Flood who is aged 25, has confessed 19 crimes and in order to be sentenced was sent to the Merthyr Crown Court.

Justin Davies, the prosecutor, disclosed that the Facebook page which offered fake goods for the bid, had been found by the trading standards officers under a routine monitoring of internet.

Mr. Davies said that the branded products were offered at sufficiently lower prices as compared to the prices of the original products. An order of amount £150, which contained DVDs and a Rolex Watch, was made on the web page under a sting operation. Then, on October 21 of the previous year, they met Flood in MerthyrTydfil near a Spar shop.

Later on in December, a raid was made and a lot of fake goods were found in Flood’s home. As per Flood, he did not know that it was unlawful to sell these goods.

The Defending lawyer, Andrew Davis, claimed that Flood was a talented boy who had relocated to Cardiff to gain training of table tennis at the Welsh Institute of Sport and is aiming to participate in the Olympics.

Mr. Davies added that the Welsh Table Tennis Association was supporting Flood to assist him in opening a local training center. Mr. Davies further added that Flood is also involved in parenting his partner’s family. His family was facing certain problems at the time Flood committed these crimes.

Flood received a jail sentence of eight months by the judge, Richard Twomlow, which was then suspended for twelve months. The judge noted that nobody had been cheated because the customer’s knew it well that they had been purchasing non-genuine goods.

Flood will have to face the Proceedings of Crime Act hearing next year and was imposed a fine of £100.