More Companies Have Openings for Accounting and Finance Jobs 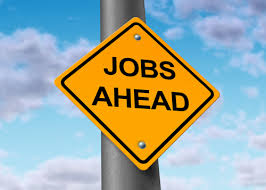 ‘Brilliant’ a management resources and staffing firm conducted a recent quarterly survey which shows that greater number of information technology and accounting and finance jobs openings are being reported by large number of companies. According to the survey, 30% of the companies under survey have reported open vacancies for accounting and finance jobs as compared to 28% in last quarter. Moreover, IT positions are vacant in 37% companies as compared to 33% in previous quarter. 14% companies stated that they have minimum 4 IT open positions. While a 1 to 3 minimum finance and accounting open vacancies are reported by most of the companies.

The Brilliant Q1 2015 Accounting, Finance and IT Hiring Forecast has been designed in collaboration with Dr. Richard Curtin from the University of Michigan which contains information gathered from around 300 HR managers and professionals in two weeks from November 11 to 25, 2014.

Dr. Curtin indicated that majority of the companies are not expected to alter their hiring plans in the upcoming year with most of them deciding to fix the number of new people to be hired. He added that although the Great Recession has caused companies to downsize their staff in recent times but it is pleasing that the companies have maintained their inductions at the same high level.

About 48% (36% last year) of the companies reported an improvement in their financial position over the last year and about 64% (43% last year) of companies expected their growth to continue in the upcoming year.

Almost 15% of companies mentioned that they have plans to enhance the number of temporary or contract based accounting and finance professionals and 18% companies have similar plans for IT professionals.