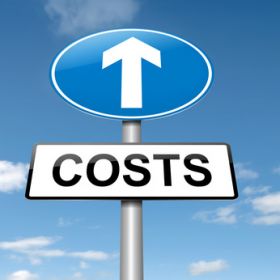 As per a latest report, costs related with accounting and finance functions are rising for a lot of companies as a result of shortage of talented staff.

The report “The Research Arm of Financial Executives International”, conducted by the FERF (Financial Executive Research Foundation) and Robert Half, a recruiting company, found that the expense of the finance and accounting departments as a percentage of revenue rose as follows:

Researchers were told by the Financial Executives that the increase in the aforementioned percentages is mainly because of the hiring and retention challenges faced by many companies and the need to increase salaries and provide raised perks at a later stage.

Companies with revenues greater than or equal to USD 5 billion are more likely to employ project based professionals or temporary staff on contractual basis, out of these sixty seven percent said they hire interim staff as compared to hiring permanent staff.

Robert Hall’s senior executive director, Paul McDonald stated that one of the difficulties faced by the executives is the recruiting of trained employees. He further added that companies looking to hire top talent and retain high performers are raising salary packages in a competition with each other. On the other hand, increased importance of Health Care Reforms is also resulting in increased costs of finance departments for USA based firms.

The report also highlighted the level of technology automation in the companies based in USA and Canada. 54% (59% in last year) and 55% (66% in last year) of companies based in USA and Canada respectively, admitted that they reconcile their financial statements and accounts manually. 55% of Canadian companies and 49% of USA based companies are not using cloud based technology for their accounting and finance departments and neither do they have any plans to adopt them in the future.

As per Mitch Danaher, chairman FEI said Benchmarking data is an important technique under which companies can compare themselves with their peers. The report’s data and accompanying interviews of finance executives can help companies compare themselves with others both quantitatively and qualitatively. This will further help them decide the means in which they can enhance the efficiency and effectiveness of the finance department.