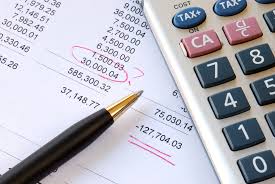 According to a new study, it has been established that accounting errors made by non- governmental organizations are made at a very high rate. This is partly because these institutions avoid committing huge funds to administrative costs.

This study was conducted by Jeffrey Burks who is an accountancy associate professor at Notre Dame’s University of Mendoza Business College. He established that the rate of accounting errors in non-profit making organizations nearly doubles the for-profit making businesses of a similar size.

In a statement, Burks said that there are high rates of errors in Nonprofits of all sizes. The error rate indeed varies with the size of the audit firm which is not-for-profit. There are low error rates in clients of the biggest eight audit firms across the country. Clients of these huge audit firms are normally large not-for profits but the effect does not translate to low error rates for the overall large non- profits. This is because it’s only a few of these firms that get audited by some of the top 8 audit firms- this is only a sample size of seven percent.

The research team of undergraduate assistants was asked by Burks to have their audited financial statements downloaded and investigated through in a bid to pick out cases when these non- profits disclosed that they were rectifying an error. From the Guidestar website where the donors get the financial statements, these financial statements were downloaded. Each error was then reviewed and recorded such details as the misstatement amounts, the circumstances that surrounded the error and the involved accounts. In order to gain an understanding of the factors that were associated with the error, statistical analysis was used. This includes the presence of internal control weakness in the system and type of auditor.

According to Burks’ opinion, the high rate of accounting errors is attributable to the low costs of administration which are cited by non- profits. He said that from discussions held with auditors and CFOs, there are limited resources in nonprofits and justifiably, majority of their resources are expended on activities related to their mission other than other administrative functions like accounting.