Do not allow Poor Internal Controls to keep you sleepless 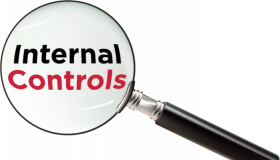 Retaining a client is an equally important aspect in as much as it is to get a new client. An unmonitored good system is a sure way of losing a client and also keeping wide awake at night. For every fraud witnessed, it is possible that efforts would have frustrated those frauds.

Problems do not develop due to bad controls; it is because of failing to implement them. Most of the systems even though not good, work. On the other hand, bad systems work well if overseen and the results reviewed and monitored. While it is important to have great systems, if not overseen or followed, even the best system is not a system. Deterrence is one of the objectives of a system. It sends an alert that a defalcation will quickly be discovered. In most cases, having knowledge in a system is adequate to prevent an otherwise sincere person from crossing the line.

With no threat of getting discovered, there is a temptation that creates the overseers culpability. In most cases, a small mistake that created anxiety may lead to a second mistake that is actionable. This nondisclosure slowly leads to additional unsuitable activity.

From the point of view of an advisor and an expert who sets up systems and who performs forensic investigations on areas where fraud is suspected, the most crucial step in the process is regularly and diligently implementing and monitoring that the system requires.

It is therefore important to not just set up a system and leave it at that. The firm that set the system should remain engaged in order to ensure that implementation is part of the client’s routine activities and culture. If the client is not interested in doing so, then this can just be passed. Nobody would want to deal with the problems that develop eventually. One not only loses sleep but time as well.