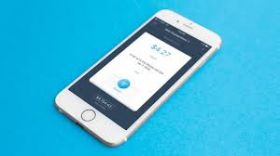 The Xero TaxTouch app was launched by Xero and initially intended for the freelance workers who usually submit a schedule C form together with tax filings. Through this app, freelancers are able to track their tax liability and earnings through downloading automatically and organizing credit card and ban transactions from the major banks and credit cards in the U.S. Users are able to detach expenses by right swiping for businesses and left swiping for personal. This app makes quarterly tax payments and tracks continually the earnings that one takes home.

Expenses are also categorized by Xero TaxTouch in accordance to the approved Internal Revenue Service business deductions and also a report that schedules Schedule C data and which is downloadable or emailed to the accountant or tax service preparer. Basing on the calculation that 11.4 million people today make the on-demand freelance workforce, Xero made a commission of not less than 300 freelancers who are searching work using the on demand market places including Freelancer.com, Uber, Lyft and also TaskRabbit.

Xero established that 92 % of the people earning an income from the on demand market places are satisfied with their jobs in contrast with the Gallup poll finding where 31.5 % of the U.S task force feel that their jobs engage them, 51 % do not feel engaged while 17.5 % feel disengaged actively.

According to Xero’s survey, 10 % of these respondents are surprised at the tax time and more than 25 % do not deduct or track business expenses from taxes. Almost 75 % of the respondents fail to file tax estimates on quarterly basis. Priced at only $5.99 for every month or $29.99 for only the first year, this app can now be downloaded from the app store on iOS.