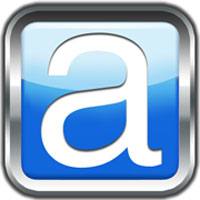 A Coventry accountant has been centre stage in providing expert advice on a tax-based storyline for the long running TV show Coronation Street.

Brian King, a partner at Dafferns, was approached when the scriptwriting team was developing a plot involving a taxi firm owner who is being investigated by HM Revenue & Customs.

King told the Coventry Telegraph that the show’s writers wanted to make sure they understood exactly how the taxman sets about this kind of investigation.

‘Coronation Street is watched by so many people that if they get anything wrong they are bombarded with emails and letters from viewers pointing out their mistakes,’ King said.

The storyline has been running for several episodes and sees businessman Lloyd Mullaney, played by Craig Charles, under pressure to sort out his shambolic filing system and provide the information HMRC needs about the accounts of the cab company he co-owns.

King said: ‘In real life, an investigation like this is the last thing any businessman wants, because it can take weeks, or even months, in which time the day to day business of earning a living can become very difficult. I tried to give the storyline team an insight into how uncomfortable it can be. The message to businesses is that it really is important to keep paperwork in good order.’

King told the paper that one side effect of his showbiz experience has been the impact on his social life, saying: ‘It’s amazing how many people are suddenly interested in accountancy, and want to know what goes on behind the scenes. It’s been quite a challenge for me to keep the actual details of my involvement secret.’