Treasury Unaware of Tax Write Off 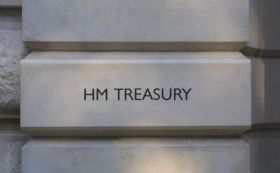 THE TREASURY was "surprised" to learn that £10.9bn of unpaid tax had been written off by HM Revenue and Customs in one year, according to an influential group of MPs.

The department was apparently not fully aware of the estimate until after it appeared in the Whole of Government Accounts (WGA) for 2009-10, the Press Association reported.

The Treasury also had "no knowledge" of whether plans were in place to cut the taxpayer's huge £15.7bn liability for clinical negligence claims, the Public Accounts Committee (PAC) said.

The criticism came in a report on the accounts - which were compiled and published for the first time last year.

The cross-party MPs welcomed the potential of the WGA for helping the Government identify the "risks it needs to manage".

But officials' evidence had suggested their understanding of some aspects was "poor". "For instance the Treasury showed surprise at the estimated £10.9 billion in outstanding tax and it had no knowledge of recent trends in clinical negligence claims or whether plans were in place to reduce the estimated £15.7bn cost to taxpayers of meeting these claims," the MPs said.

The report added: "We were surprised to find that Treasury did not have a grip on trends in some key areas of risk or plans for managing them."

The committee complained that it had taken the Government 20 months to prepare the accounts - twice as long as in other countries such as France and the US. PAC chair Margaret Hodge said the document also "currently falls short of giving a true and fair view of the UK's financial position".

The Treasury told the Press Association that the WGA represented "the most ambitious public sector account prepared anywhere in the world" and that it was working hard to improve the quality of the accounts.