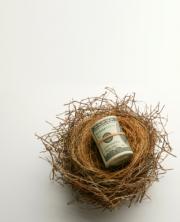 In its audit, TIGTA determined that taxpayers are faced with contradictory information, which may be responsible for underreporting the taxable portion of retirement income to the tune of $4.2 billion overall, the IRS estimates.

The report said that the IRS Automated Underreporter (AUR) Program matches the Form 1099-R received from the payer who issued the distribution to the amount of retirement income reported on the recipient's tax return. Through this process, it can be determined if the taxpayer reported the correct amount of retirement income. Additional tax form information could improve compliance even more, the report said.

"We determined taxpayers receive Forms 1099-R from payers with the following contradictory or confusing information regarding the amount of taxable retirement income to put on their tax returns:

TIGTA recommended that the IRS clarify the meaning of the "taxable amount not determined" box to lessen confusion and "include the dates needed to identify retirement savings program distributions and transfers not rolled over within sixty days as required." In addition, TIGTA recommended the IRS establish procedures to transcribe additional lines from various tax forms.

TIGTA said the IRS "substantially agreed" with its recommendations and plans to revise the instructions to Form 1099-R to clarify taxpayer responsibilities and the amounts to report. The IRS plans study the benefit of transcribing additional lines from tax forms. TIGTA, however, believes the cost to transcribe the forms would be nominal.