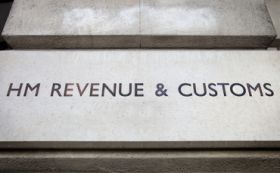 HM REVENUE & CUSTOMS has hit back at claims it spent excessive amounts of government funds in the tax case against Harry Redknapp and Milan Mandaric.

A spokesman said the cost of investigations into former Portsmouth manager Redknapp, owner Mandaric and CEO Peter Storrie, racked up less than £300,000.

"There's been a lot of nonsense talked about the costs of this investigation to HMRC," the spokesman said.

"The fact is it's cost us less then £300,000 and whilst we would rather have won the case the important thing was to get the facts in front of a jury and that's happened.

"We're not interested in whether the person has a high public profile, but we are determined that our investigations are carried out professionally - and we're happy that's the case here."

The £300,000 figure does not include Police, Crown Prosecution Costs, which are estimated to be about £1m, and legal fees.

According to the spokesman HMRC has a "net-buy" service with its legal team. The team works on a retainer basis which essentially means it is paid a yearly or half yearly fee regardless of the number of cases they work on. However, HMRC has numerous court cases running at any one time.