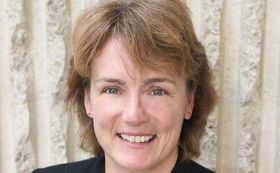 THE ICAEW is warning accountants to take heed of the taxman's new late-filing penalties that will be introduced this week.

Last year HMRC estimated £2bn of tax was at stake from late filers who missed the 31 January deadline.

This year that deadline was extended to 3 February after HMRC staff went on strike on deadline day.

Last year, 86% of the 10.3m self-assessment taxpayers filed by the January deadline. However, of the 14% that were late in filing, 11% (about 1.1m people) still hadn't submitted their return six months later.

Fines are no longer capped at tax owed so taxpayers could face fines of up to £1,600 even if they owe nothing or are due a refund from HMRC.

Anita Monteith, (pictured) ICAEW's technical manager of SME and personal tax, said: "It is important that late filers do not ignore the penalty notice. HRMC will make contact repeatedly by letter and by phone for the rest of February and March to urge late filers to avoid incurring the daily penalties."