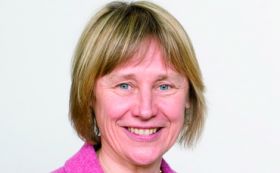 After heavy criticism fr om the Public Accounts Committee about the taxman's capacity in managing disputes, new arrangements have been introduced to make HMRC's processes more accountable and open.

An assurance commissioner will be appointed, responsible for overseeing all large settlements and protecting the interests of taxpayers at large.

The commissioner will have no role in any taxpayer's individual affairs.

Tax professionals will also be involved in the new processes. A panel of advisors will make recommendations on cases wh ere more than £100m is at risk, which will then be passed onto three tax commissioners - one of whom focuses on assurance.

The assurance commissioner will oversee a review of the processes used in all tax settlement cases.

HMRC's audit and risk committee will take a bigger role in HMRC's tax settlement work. An annual report of HMRC's work will be published, while all tax disputes will come under a new code of governance.

David Gauke MP, exchequer secretary to the Treasury, said: "I welcome HMRC's new governance arrangements, which will ensure a clearer separation between those who attempt to reach settlements and the commissioners who consider them.

"Settlements form an important part of HMRC's large business strategy. This internationally recognised approach has not only led to an increase in tax collected in recent years, it is contributing to the government's drive to make the UK more competitive in a global market. This will continue to be vitally important as we work to rebuild our economy."

Lin Homer (pictured), HMRC chief executive, said: "The new commissioner will be appointed as second permanent secretary and will provide assurance that is entirely separate from HMRC's day-to-day casework and customer engagement.

"This commissioner will take the role of challenging whether any proposed settlement secured the correct amount of tax efficiently and that taxpayers had been treated even-handedly. The commissioner will also make sure that the governance procedures have been followed.

"If agreement cannot be reached there could be further negotiation or litigation. This deals with one of the Public Account Committee's key concerns - and in a way that is practical, affordable and does not require legislation."