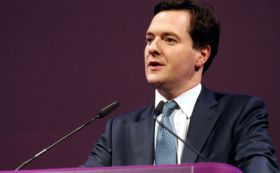 MORE THAN five million middle-class retired people could be freed from paying income tax on their state pensions, the Treasury's tax advisers have suggested.

In a move that would be worth up to £1,000 a year each, the Office for Tax Simplification (OTS) said that scrapping the levy should be considered because many pensioners considered it "unjust", the Telegraph reported.

The OTS, an independent body set up by the Chancellor, George Osborne, made the suggestion in a report that condemned "confusing", over-complex tax rules facing people in retirement.

Almost 5.6 million people receiving the basic state pension pay income tax, HM Revenue and Customs estimates. Usually it is because private pension payments and savings interest take their total income above the tax threshold. More than 1.5 million of them have to fill in a self-assessment form.

In a report to Treasury ministers, the advisers said that there was a "patchwork of allowances and rules which many in their later years find very confusing" and that taxing the basic state pension made the system significantly more complicated.

Fewer than half of all retired people are even aware that state pension income is subject to tax like regular income, according to Revenue figures, the Telegraph reported.

"Many of those who do understand that it is taxable feel that this is unjust, given that they have contributed through the national insurance system through their working life," the report said. Among the options identified by the OTS was: "Exempt the state pension from tax altogether."

A full basic state pension is worth £5,311 a year. Exempting that sum from the 20 per cent basic rate of income tax would be worth around £1,060.