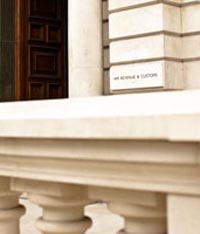 HMRC’s calculation of the tax gap is ‘flawed’ and risks leaving staff mistakenly assuming that maximising revenue at all costs is their primary objective, while serious questions over transparency and accountability also need addressing, according to a report released by the Treasury Committee.

The report assessed HMRC’s record on ensuring tax compliance among individuals, small business and large corporations but considers that while progress is being made, there are several areas where improvements are still needed.

Ensuring tax payers are paying the right amount of tax, should be the HMRC’s aim but that a risk of ‘maximising revenue at all costs’ was possible through current ‘flawed’ practices, the report found.

Voluntary compliance was seen by the Committee as the most efficient way of closing the tax gap – the difference between the tax that should be collected and the amount that actually is -, and felt that simplification of the tax system would also make compliance easier.

Speaking on the outcomes of the report, sub-Committee chair, George Mudie MP, said: ‘HMRC has done some good work in ensuring tax compliance but there is still a long way to go if the tax gap is to be significantly reduced. Taxpayers must have confidence that HMRC is being even-handed at all times, otherwise rates of voluntary compliance with the tax code could suffer.’

Mudie added:‘It is encouraging that HMRC has recognised that its processes for settling tax disputes were flawed and is implementing changes. However, serious questions remain about accountability and transparency with respect to HMRC's governance, both at ministerial level and at board level.’

Responding to the reports findings, HMRC highlighted last month’s announcement of a new assurance commissioner to be appointed, along with a new code of governance ‘would ensure greater transparency of its auditing and reporting of the settlement process in the future’.