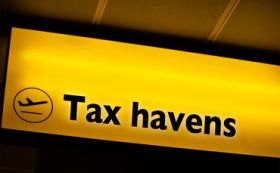 ONE AMNESTY for all, or separate ones for everyone from plumbers to dentists?When it comes to persuading taxpayers to come clean about tax owed the taxman prefers the latter approach. Last month, it announced 30 new "taskforces" that will target people suspected of tax evasion in industries including the motor trade, market stallholders and clothing sellers.

People who voluntarily declare unpaid tax are likely to get lower penalties than those who are caught by HM Revenue & Customs (HMRC) investigators.HMRC said it hopes to collect more than £50m from 12 previously launcherd taskforces launched in 2011/2012 - a small fraction of the £7bn it hopes to raise from tackling tax evasion and avoidance by 2014/2015.

But are targeted amnesties the best use of HMRC's resources? Would one big amnesty raise more money and save time? A survey last week found that three quarters of accountants want the government to introduce a tax amnesty for all taxpayers.

In the same week, a report by the Treasury sub-committee recommended that the government should consider introducing a general disclosure facility to run alongside targeted campaigns.

Returns from some targeted amnesties have been fairly disappointing (see box). Other European governments, such as Italy, which raised a reported €95bn (£80bn) from an amnesty on illegally-held overseas money, have been much more successful.

John Cassidy, tax investigation and dispute resolution partner at PKF, recently told Accountancy Age that an amnesty for all individuals and the self-employed would be much more cost effective due to "economies of scale".

HMRC would need to hire more tax investigators to make the most of leads from a general amnesty, but Cassidy said that this cost would likely be compensated for by increased tax revenues.

Another argument for introducing a general tax amnesty is that the growing list of tax amnesties is hard to keep track of and can be confusing for some accountants and their clients.

One in five tax advisors surveyed by Crowe Clark Whitehill, a network of accountancy firms, said they did not understand the Liechtenstein Disclosure Facility. More than 40% have not mentioned the facility to any clients.

In contrast, nearly 80% of tax advisors questioned said would mention such a general tax amnesty to at least 20 of their clients.

For a general tax amnesty to be effective it should be publicised around six months in advance, run for a long time (around three and a half years) and have a low fixed penalty (around 20% of tax due) for deliberate tax evasion, Crowe Clark Whitehill says.

It adds that a general disclosure facility should be publicised across the media and sold to the public as well as accountants.

"The less focused the amnesty, the less the chances of success," says George Bull, senior tax partner at Baker Tilly.

Bill Dodwell, head of tax policy at Deloitte agrees that targeted campaigns are generally more effective because HMRC is able to complile evidence of tax dodges in a particular sector, making it easier to find people within those areas who owe tax.

"It's much more effective than something general as it indicates to anyone who has let their compliance slip that HMRC are likely to be able to follow up," says Dodwell. "A general facility helps the wider objective as there are no doubt people who have observed the campaigns, realise that they have not complied properly, but are unsure how to proceed."

Introducing a general tax amnesty could reach more taxpayers and would probably attract more publicity than the smaller targeted amnesties HMRC has announced. But some experts doubt whether a general disclosure facility would raise a large amount of money. One option would be to run a general amnesty alongside more targeted ones.

Liechtenstein Disclosure Facility
The most high profile tax campaign. HMRC hopes the agreement will produce around £3bn. The tiny European principality has become the favoured banking destination for British tax evaders who want to go straight.

The deal allows Britons who come clean about money owed to pay a 10% penalty on undeclared tax liabilities - significantly lower than normal penalties. The Liechtenstein facility was due to end to end in March 2015, but in February, in response to strong demand, the UK government extended it till 5 April 2016.

Britons with Swiss bank accounts have their assets taxed at either 19% or 34%, under a withholding tax, and transfer the outstanding monies to the UK tax authorities. Customers' identities are kept secret.