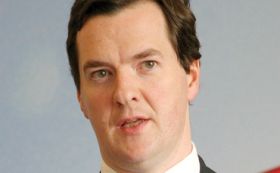 BIG BUSINESS is facing a permanent tax crackdown on abusive avoidance schemes under plans to be unveiled in Wednesday's Budget.

Treasury sources said that the Government will adopt the General Anti-Abuse Rule (GAAR) outlined in a recent report by Graham Aaronson QC. A consultation is expected to be announced in the Budget with an view to bringing in new legislation next year, the Telegraph reported.

Businesses have traditionally been wary of a GAAR because it complicates tax planning. Under a GAAR, companies have to disclose their tax arrangements in advance and schemes can be shut down. Recently, the Treasury raised concerns by closing a loophole retrospectively, costing Barclays more than £100m.

Chris Sanger, global head of tax policy at Ernst & Young, told the Telegraph: "Businesses will be closely watching any details to see whether the proposals have the potential to develop and expand beyond Aaronson's original intent. This remains a delicate area, where the Government needs to be wary of introducing uncertainty that could undermine the UK's competitiveness."

The Telegraph also reported that Chancellor George Osborne will next week announce that the 50p top rate of income tax will be scrapped next year and be replaced with a 45p rate from April 2013, which Treasury officials believe will raise more money because fewer people will avoid it.