Personalised Tax Statements for All in 2014 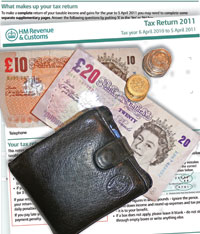 HMRC is to issue a personalised annual tax statement to each and every one of the UK’s 20 million taxpayers.

The scheme will be introduced in 2014 and will set out how much people pay in direct taxes such as national insurance contributions (NICs) and income tax, outlining proportions used for education, health and welfare.

And £900 would go on national debt repayments.

While indirect taxes such as VAT and fuel duty will not be covered on the statement, plans are afoot to develop an online calculator to show how much of these taxes people pay.

It is a clear manifestation of the government’s drive to ensure greater tax transparency.

Richard Mannion, national tax director at Smith & Williamson, accountancy and investment management group, said: ‘It’s not rocket science, but it is an interesting social experiment. Australia has been doing this for a number of years now and they do seem to have got that engagement and that tax avoidance is a bad thing.’

In November, HMRC issued its consultation paper, Modernisisng the administration of the personal tax system; tax transparency for individuals. It closed for comments at the end of February 2012.

At its heart is the drive to make it easier for taxpayers to see how much tax they have paid, how it has been calculated, and what their overall rate of tax is. Other countries already provide taxpayers with their own personal online tax account containing up-to-date information on their income and the tax they have paid.

In April, HMRC is planning to launch a personal tax calculator as a phone app and on its website. This will enable individuals to work out how much tax and national insurance contributions (NICs) they may expect to pay and their average tax rate.