Corporation Tax Cut Makes up for Other Business Gripes 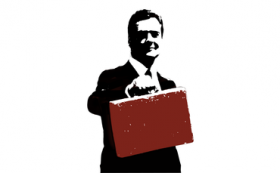 THE REDUCTION in corporation tax announced in the Budget was widely welcomed, but experts have voiced concerns about other business-related tax plans.

Chancellor George Osborne announced a reduction in corporation tax from 26% to 24% from 1 April 2012, with a further reduction to 22% by April 2014.
Menzies LLP tax partner Simon Massey said: "This is positive news that will help the competitiveness of the UK.

"We have seen that the current headline rate of 26% has been a real incentive for attracting business into this country...It is also great that this rate will drop to 20% if the government's policy goes to plan."

Other advisors have agreed the reduction in corporation tax is a positive step.

Assistant director of tax at ICAS, Elspeth Orcharton, said: "The headline corporate tax rate reductions are welcome... this was a Budget for few other than large companies. Mind you for smaller ones, let's not sneeze at the blessing of a regime that gives at least one year's stability..."

But there were some gripes about the lack of change that took place in other areas of corporate tax.

Smith & Williamson national tax director Richard Mannion felt Osborne was "papering over the cracks", and felt the real problem was "...the sheer complexity of the UK tax system."

"There was nothing on employers' Nation Insurance to help ease the burden on employing people, the small companies tax rate has remained unchanged and it would have been great to see greater incentives for businesses to invest through additional capital allowances."