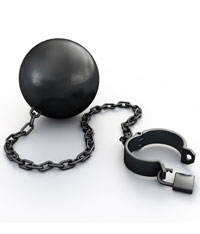 A married fraudster couple have been sentenced at the Old Bailey for attempting to steal £220,000 involving Chanel designer goods. They spent their money on a Chelsea penthouse, private schooling for their children and gambling at high-end casinos before being caught by HMRC.

The scheme involved the two buying goods from various Chanel boutiques in Chelsea and Mayfair, pretending to be wealthy foreign customers. They then returned the items to another branch of Chanel to get a refund. They did this so often that their relationships with the boutiques' staff meant they were able to con Chanel into giving them VAT refund vouchers for these fictitious purchases.

Once they had collected enough fake VAT refund vouchers they used a fake Customs stamp to validate their fraudulent vouchers before sending them to Premier Tax Free (PTF), who handle Chanel's VAT refunds to customers. PTF refunded £177,000 VAT directly to the Scott's bank accounts, allowing them to spend the stolen money freely.

The Scotts lived in a £1.8m penthouse in Chelsea harbour, and although they passed themselves off as a wealthy couple who made a living from casino gambling, in reality they had very little money of their own and more than half of their rent was paid by housing benefit.

Confiscation proceedings are underway to recover the proceeds from the crime.