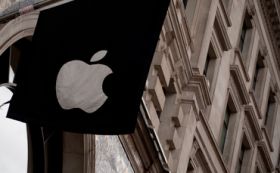 APPLE has become the latest technology company to be accused of avoiding paying tax on UK earnings.

The company is reported to have paid just £10m in UK corporation tax in the last financial year despite earning around £6bn during the same period.

Apple joins Amazon and Google in being accused of avoiding UK tax.

Amazon is being investigated by HM Revenue & Customs (HMRC) for possible tax avoidance.

Amazon generated sales of around £7.6bn in the UK, but paid no corporation tax on the profit from that revenue line.