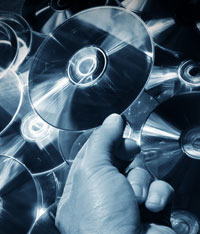 Jersey and Guernsey have decided not appeal the UK High Court ruling ending Low Value Consignment Relief (LVR) for the islands was lawful.

The Channel Island governments climb-down followed a three-day judicial review at the High Court in London, which ruled that the UK was allowed to remove the relief on low value goods imported fr om non-EU states and sold VAT-free to items priced at less than £15.

A large ‘fulfilment’ industry developed in the Channel Islands wh ere companies such as Tesco and Play exported items to the UK, which critcis argued was an unfair advantage and hit British high-street retailers hard.

The Treasury were keen to end the relief, saying that it led to the UK losing millions of pounds in revenue every year.

The judicial review found that, under European law, the UK had no obligation to treat one territory ‘the same as another’ and was therefore permitted to remove the relief solely for the Channel Islands while the concession remains for other non-EU territories.

After the decision, Jersey’s government said it would consider an appeal. But its economic development minister, Alan Maclean confirmed that, after seeking specialist advice it will not pursue an appeal.

Alan Maclean, said: ‘We have been advised that the Court of Appeal would be highly likely to refer the case to the European Court of Justice. The expected timeframe for a decision would be between 18 months and 2 years, which is too long to have any material effect on local businesses and their ability to continue operations in Jersey. Therefore, the decision to appeal would be made solely on a point of principle, rather than its impact on employment in the Island.’

The High Court also compelled that the islands must pay for half of the UK's legal fees arising the case.

LVR ceased to apply to the Channel Islands from 1 April 2012 and they had until 5 April to lodge an appeal against the court ruling.