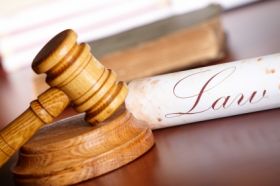 The indictment alleges that Kern failed to file individual tax returns for tax years 2003 to 2010, despite earning more $1.2 million in gross income during that time period. The indictment further alleges that Kern filed false corporate tax returns on the behalf of Kern Chiropractic Center, failing to report cash and check payments diverted from the center by Kern from 2003 to 2010.

According to the indictment, Kern has not submitted a tax return to the IRS since tax year 2002. The indictment alleges that Kern used funds diverted from the Kern Chiropractic Center to pay for his own personal expenses.

An indictment is merely a formal charge by the grand jury. Kern is presumed innocent unless and until proven guilty in US District Court. If convicted of all charges, Kern faces a maximum potential sentence of thirty-two years in prison and maximum fines of up to $2.8 million.

The case was investigated by the IRS Criminal Investigation Division and is being prosecuted by trial attorneys Mark McDonald and Jeff Bender of the Justice Department's Tax Division.