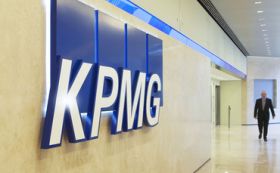 Fred Gander, a tax lawyer who joined legacy Dewey Ballantine in 1986 and led the firm's London office prior to its 2007 merger with LeBoeuf Lamb Greene & MacRae, is joining KPMG's US arm to head its US tax practice for Europe and the Middle East, Legal Week reports.

Gander is also the head of Dewey's European supervisory committee and is one of its most successful tax lawyers.