HMRC: In the Right Direction 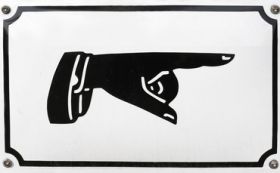 MIKE FLEMING PRESENTS an exceptionally bleak view of HMRC when a growing body of evidence paints quite a different picture.

Despite challenging economic times, we are bringing in more money than ever before. We brought in £468.9bn in 2010/11 and early indications are that we will have exceeded that by around £20bn last year. So we are fulfilling our core function of raising revenue for public services.

Our key challenge to 2015 is to achieve efficiency savings of 25% in real terms, while reinvesting £917m of these savings to generate additional revenues by tackling avoidance, evasion and fraud. Our target is to increase additional revenue fr om these compliance activities by 2015 by £7bn a year - from £13bn to £20bn. So how are we doing?

In 2010/11 we raised £13.9bn in additional compliance revenues, and last year that figure rose to around £16.6bn - £1.6bn ahead of our target for the year. So we are comfortably meeting our compliance objective, making real progress in closing the tax gap and making sure everyone pays their fair share.

We have become much better at assessing risk, running disclosure facilities, such as those for plumbers and off-shore evaders, which have brought in more than half a billion pounds.

We also use cutting-edge technology, such as Connect, our state-of-the-art computerised risking tool, which allows us to cross-match a billion HMRC and third-party data items to uncover hidden relationships between people, organisations and data that we could not previously identify. And we have targeted specific, high-risk business sectors, like scrap metal merchants, fast food restaurants, and indoor and outdoor markets, through highly-successful taskforces.

Our approach to large business compliance is also hugely successful. We have collected more than £24bn in additional compliance revenue since 2006 through our Large Business Service, including several settlements of more than a billion. This is revenue that we might otherwise not have been able to collect.

We are achieving these targets while reducing our staffing, and we aim to have around 10,000 fewer staff in 2015 than we had in 2010. We have already reduced our workforce by 40,000 since the Inland Revenue and Customs and Excise were combined to form HM Revenue & Customs, and we believe that we can achieve these staffing levels AND deliver better services to our taxpaying customers.

We are doing this partly by restructuring our workforce, so that we have more tax professionals working in higher-yield compliance activities, while re-engineering some of our core processes and systems, investing heavily in IT and digital services, so that other activities can be delivered faster and more accurately through automation. The investment in our new NI and PAYE computer system (NPS), for instance, means that we are able to process tax codes and end-of-year PAYE reconciliations with much greater speed and accuracy than we were able with the mix of the 13 previous computer systems and manual processing.

This brings me to the customer. Our strategy is to put the customer at the heart of everything we do, reviewing end-to-end processes from the customer's perspective, and seeking to provide a level of service comparable with other large customer-focused organisations.

Two central customer service variables are how we handle customer calls and post. We admit that we are still quite some way from providing a good level of service - processing 80% of tax-related post within 15 working days and answering 90% of calls. But we have made huge leaps (albeit with occasional blips) from wh ere we were two years ago.

In 2010/11 we cleared just over a third of PAYE and Self Assessment post within 15 days, but last year that rose to almost two-thirds. We haven't hit the 80% target every month yet, but we are getting there more often.

Similarly, in 2010/11, we only answered half of all calls: last year, we answered three out of four at their first attempt. True, it's not nine out of ten yet, but it is a long way towards that target.

And while many customers are holding on longer to speak to an adviser, that's because we decided to increase the size of our call queue, so that once you are in the queue, you should get to speak to an adviser, even if you have to wait a while. We think this is better than leaving customers with an engaged tone constantly hitting the redial button and going back to the start of the queue.

We will reach our 90% call handling target, and we will do this through a range of different initiatives. These include more reliance on digital services, high-quality voice-recognition phone services, better letters, forms and guidance (so customers don't need to call for clarification), and by processing returns and letters on time, so customers don't make ‘reassurance calls' to check on progress.

But we also make mistakes, and these sometimes affect customers. All big organisations do. Recently, for instance, we sent a penalty letter in error to 12,000 of the 130,000 customers whom we have been able to remove from Self Assessment. We spotted our error, wrote immediately to all 12,000 customers to apologise, reassuring them that they did not owe a penalty, and we told the media and stakeholder groups about our mistake.

We recognise that a customer-focused organisation is one that owns up to mistakes, explains how they occurred and then reassures customers that we have put them right.

Finally, Mike Fleming observes that HMRC is losing a number of highly-valued and experienced senior people during 2012. "Rats leaving a sinking ship" is his ill-considered view.

This is ungenerous both to HMRC and especially to the members of our Executive Committee who are retiring, after a lifetime's service with HMRC and its predecessors.

Indeed, some had already deferred their retirements in order to help smooth the transition. Ultimately, of course, no-one is irreplaceable, and with a cadre of 17,000 tax professionals, HMRC has a wealth of talent that it is nurturing to step up into leadership roles. Similarly, our chairman is leaving simply because his contract - which had already been extended by 18 months - is finally coming to an end.

HMRC is undergoing a period of profound transformation, driven by our change programme. This is not only about doing more with less; it is about transforming the department through a wide range of tangible projects into a responsive, consumer-driven, delivery-focused service, which is completely at odds with Mike Fleming's dystopian nightmare.