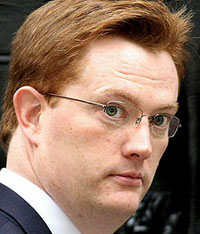 The results fr om the review of the tax arrangements of public sector appointees have been published and consultation on the taxation of controlling persons has been launched.

The review, announced in January 2012, requested information fr om central government departments and their arm’s length bodies in relation to all individuals engaged off payroll as of 31 January 2012, where the cost to the department is in excess of £58,200 per annum (the Senior Civil Service minimum).

The review revealed that over 2,400 key public sector appointees have been engaged off payroll, in some cases for more than ten years.

However, the review recognised that there are circumstances wh ere it may be appropriate for an employer to appoint an individual off payroll, and that the fact that an individual is engaged in this way does not mean that they are not paying the correct amount of tax.

Following on from the review, new tighter rules governing ‘off payroll’ appointments in central government will be brought in this year.

Changes to tighten the rules associated with employing people off payroll have been proposed including:

· Requiring the most senior staff to be on the payroll, unless there are exceptional temporary circumstances.

· Departments being able to seek formal assurance from contractors with off payroll arrangements lasting more than six months and costing over £220 per day that income tax and national insurance obligations are being met. Departments should consider terminating the contract if that assurance is not provided.

· Careful monitoring and financial sanctions for departments that do not comply.

The government says these recommendations will be implemented within three months.

Danny Alexander (pictured) commenting on the review, said: ‘The review has identified almost 2,500 off payroll engagements in central government departments and their arm’s length bodies. The opaque nature of those engagements has created the conditions wh ere tax avoidance could be taking place.

‘We have to bring an end to the ‘don’t ask, don’t tell’ approach to this issue. That’s why I am announcing these new, tighter rules on off payroll appointments in government and passing the detailed findings of the review to HMRC.’

The government is also publishing a consultation on the Budget proposal that all ‘controlling persons’ must by law be on the payroll of the engaging organisation.

This change in law will further tighten the rules ensuring that people paid through personal service companies in both the private and public sector pay the right amount of tax.

The consultation on the taxation of controlling persons will close on 16 August 2012.