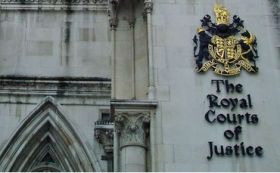 THE HIGH COURT has dismissed the taxman's challenge against a controversial football insolvency rule.

An HMRC spokesman said: "We are naturally disappointed with today's judgment.

"Our view remains that the football creditor rule is unfair to all other unsecured creditors who are forced to make do with much smaller returns - if anything - on monies owed to them by Football Clubs which enter administration.

"We will carefully consider the detail of the judgment before deciding whether an appeal is in the public interest."

The taxman had filed a legal claim against the Football League in May 2010 claiming its Football Creditor Rule (FCR), which prioritises some creditors over others, was unlawful.

HMRC and the Football League began their legal battle on 30 November 2011 with residing judge Mr Justice Newey allowing the Premier League permission to "intervene" and fight its corner in the proceedings because both leagues enforce the same rule.

The case was originally postponed for several months to allow both the Premier League and HMRC to wade into a different legal argument involving collapsed bank Lehman Brothers administrators and a consortium of investors.

The two sides made written submissions to the court, in which Lehman Brothers' administrators were battling to defend the insolvency principle that creditors should be treated equally.

However, the Supreme Court specifically mentioned that it did not want to pre-judge the HMRC and the Premier League case.

In May last year, the taxman and the Premier League became embroiled in a Lehman Brothers Supreme Court case over insolvency principles.