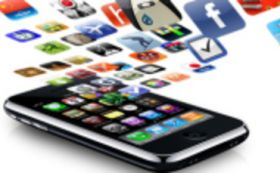 A TAX CALCULATOR APP that tells people how much money they pay and what it is spent on will be launched today by the Treasury.

The programme will be available via HM Revenue and Customs' website and forms part of the process of the government sending taxpayers an itemised statement of where their money is being spent, reports The Guardian.

David Gauke, Exchequer secretary to the Treasury, says it is right taxpayers are informed of how much they pay and what their money goes towards.

In the wake of studies showing 57% of people were unaware of how much they pay in income tax and national insurance contributions, Gauke toldThe Guardian: "Our new tax calculator will allow them to find out, which is a big step towards a more transparent, 21st-century system."

The app works by allowing users to enter their gross pay, and then calculates the income tax paid, total tax paid and where the money has been allocated, based on where the government apportions its funds.

The app does not include indirect taxes, such as VAT, while it is thought the way spending has been described could cause controversy. An example of this is that many people may associate welfare with benefits to the unemployed, but by far the biggest single item in the welfare budget is the state pension.

The app is available from the Apple Store, Google Play and the HMRC website.