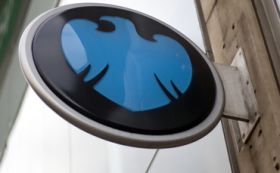 BARCLAYS HAS hit back over "unwarranted" retrospective tax action taken against the bank earlier this year that damaged the its reputation.

In a letter to the Treasury Sel ect Committee published yesterday, Barclays chief executive Bob Diamond said the bank had been "singled out" in the way the government treated its tax activities.

In February, David Gauke, the exchequer secretary to the Treasury, announced that HMRC had used retrospective legislation to block two "aggressive" tax avoidance schemes used by Barclays, which it said tried to avoid £500m in tax.

"The way in which this situation was handled seems to us to have been completely unwarranted. Unnecessary damage was placed on Barclays' reputation," the letter stated.

One scheme tried to avoid corporation tax on the profits arising from a buy-back of its own debt, HMRC said. The other scheme, which involved authorised investment funds, sought to exploit provisions of regulations to generate the repayment of tax.

In his letter, Diamond alleged that other banks had already used similar schemes and that HMRC was aware of the practice.

"The judgement fr om out advisors was that other companies had used a similar treatment; that it was reasonable to assume that HMRC was aware of those similar treatments; and that, because HMRC has taken no action to prevent those treatments, there was a clear precedent to satisfy the test of the spirit of the law.

"In the event, of course, Barclays was the first (and only) taxpayer to make a disclosure. We were, therefore, surprised to be singled out in the way that occurred."

The committee has passed the letter on to chancellor George Osborne for his assessment.