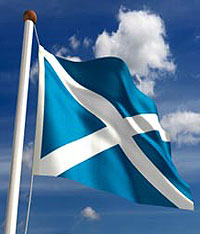 A senior HMRC official has told the Scottish parliament’s finance committee that it is not compelled to implement any radical new taxes imposed by the Scottish government following changes to devolution laws.

The position emerged after Sarah Walker, deputy director and head of HMRC’s devolution team, said it could, in theory, veto requests to collect new landfill and property taxes if they were significantly different from the UK system.

Walker made the claim as part of an inquiry into the new Scotland Act, which devolves new financial powers to Edinburgh.

She said: ‘The way the Act is set up, the Scottish government has a choice whether to ask us to operate the devolved taxes, and we have freedom whether we agree or not.

‘So, it is completely open whether they want us to do it and equally whether we feel we can do it, fitting in with our existing business.

‘It will depend very much on whether it's a look-a-like tax, whether it looks very much like an existing UK tax, which would mean we could operate it alongside an existing system using the resources we already have. Clearly if they asked us to do that, that would be relatively easy for us to do.

‘If they want to have something that has a different framework or different rates, then we would have to look at the details of what they want it to do and decide whether it made sense for us to try and adapt our systems to operate that, or whether we would need to say that is so different that actually there is no point in trying to operate it.’

The comments followed a question from SNP MSP committee member Mark McDonald, on how simple it would be for HMRC to progress new Scottish tax collection plans.