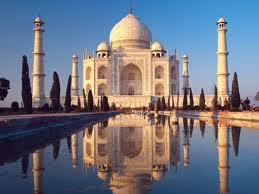 The CBDT, an important body of the Indian Ministry of Finance, has requested for comments from public on its report that was issued by the ASC (Accounting Standards Committee) which was related to the standards that should be utilized for the purpose of taxation in view of India’s transition to International Financial Reporting Standards. The report provides recommendations regarding the formation of ‘Tax Accounting Standards’ for the purpose of computing income that is taxable, a development that may specifically address few of the primary concerns related to adoption of the International Financial Reporting Standards in context of India.

The ASC that created the report was incepted in the month of December in 2010 to offer advice on the relevant accounting related standards for the purpose of taxation in India. The committee had also released a report in the month of August in 2011. The report that was issued prior to this in the year 2003 in view of the existing Indian accounting standards provided recommendations around the use of those accounting standards in an unmodified way, in addition to the legislation related amendments made to the Act for the purpose of preventing leakage of revenue.

The Indian Ministry of Corporate Affairs had issued thirty five Indian Accounting Standards in the month of February in 2011that were combined with the International Financial Reporting Standards as well as made announcements regarding their implementation in phases the moment a solution was found with regard to some of the Indian taxation issues and other matters.