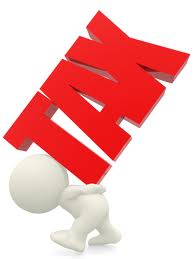 HMRC has warned all the sellers who sell the goods directly to the customers to settle the taxes within a period of one month. A report said.

All the direct sellers in the market have to pay the taxes within a period of 1 month according to a new report by HMRC. In this report, the HMRC says that all the agents, representatives, consultants, distributors and retailers must inform the HMRC the amount of tax needed to pay and try to pay it within 28 February 2013. The procedure of direct selling includes direct face to face selling by dealing with the customers through the means of communication. It includes both the role of a shop owner as well as the salesman who goes from door to door selling the product. Now onwards, the HMRC will send letters to the direct sellers of every organization to gather some info about the campaign of Direct Selling. The deadline is 28 February 2013 after which the sellers can expect a knock on the door.

HMRC has asked all the sellers to have a question and answer session on the Twitter and you will face some tax experts guiding you about all your questions in an efficient way. The session will take place on 7th February at 1 o’ clock or 2 o’ clock in the afternoon. You can even follow HMRC at @HMRCgov.uk and tag the questions you have beforehand. In this regard, Marian Wilson, the chairperson of the HMRC Campaigns commented about those people involved in direct selling. It is added that the sellers involved in direct selling might hide incomes and they are not paying the proper income tax. This campaign is exclusively launched keeping in mind the best policy to reform the methods of tax payment.

Some of the direct sellers may have some positive questions in regards to the deadline and the amount of tax which they have to pay. All these issues will be individually addressed over Twitter on 7th of February with the help of some expert and deft professionals. It is also added that the direct sellers fall under the category of being self-employed and so it becomes their duty to tell HMRC everything about their income and the way they pay the taxes. In order to get some more info on the payment of taxes and how HMRC is organizing the campaign, you can visit the website or watch a related YouTube video.