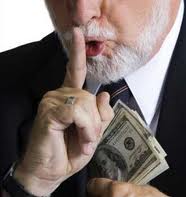 They used to be the leaders of one of the largest car companies in the world. Karl-Gustav Lindstrom was at one point the Chief Financial Officer, Jan-Aake Jonsson was the Chief Executive and their general counsel, Kristina Geers were all arrested this week. They were initially brought in for questioning, suspected of attempting to complicate tax controls during the years of 2010 and 2011. Essentially, they are accused of accounting fraud for financial gain. The SECA, Swedish Economic Crime Authority is taking these charges seriously.

In fact, if they are found guilty they could each serve a sentence in prison of six months to forty eight months. Kristina Geers’ retained attorney has pled not guilty on behalf of his client. The attorney for the Chief Executive refused to comment on the case and the CFO’s attorney could not be reached for a statement. Geer’s attorney expressed outrage at the way the case is being handled by the SECA and Olof Sahlgren, the chief prosecutor in the case.

Sahlgren states that the case is all about three people who were trying to manipulate the numbers and fraudulently reduce the taxes and fees that were owed by the company. Details are scarce as to any amounts that the three may have pilfered from Saab for their own personal benefit. As the case progresses, more information will become available.

The Saab company was owned by Spyker, a Ductch car maker during the time that this fraud allegedly took place. Spyker bought the business from General Motors in 2010 in the midst of GM’s financial crisis that led to a US Government bailout of the unions. The financial instability of Saab continued throughout the leadership of these three officers and the company declared bankruptcy in December of 2011.

It wasn’t too long after these events that the National Electric Vehicle Sweden purchased Saab with plans to manufacture electric vehicles under Saab’s name. The NEVS is, contrary to its name, based in Hong Kong. To date, these Saab electric cars are yet to roll off of the assembly lines. There is no word on how this latest development will affect the plans of the NEVS.