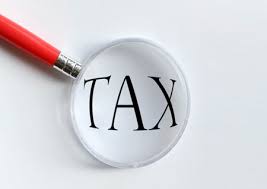 According to a new report of Internal Revenue Service, it found that the IRS is making improvements in its modified e-file computer system like increase in its reliability, and reduction in delays of tax returns process for next filling term.

This is also noted in the report, taken from the Treasury Inspector General for Tax Administration that the IRS had to hang up modified e-file system processing on at least two incidents to accurate system performance matters. After this, the IRS examined this modified e-file processing matters, and recognized main groups of work to tackle trustworthiness, and performance matters.

In the report, the TIGTA suggested that if the infrastructure of modified e-file system processing will change then there are very much chances of improvements in the reliability and performance of tax return process for next filling season.

Then, the TIGTA took compulsory actions to improve the modified e-file system of tax returns. These actions include the testing of this system performance and reliability to a specific period and within specified volume. Also, IRS amplified the bandwidth of the portal that provides right of entry to web based applications and data of IRS. The increase in bandwidth will increase the overall performance of the tax return process.

The TIGTA Inspector General J. Russell George said in his one statement that, ‘’the modified e-file system is a significant part to meet the requirements of taxpayers, decrease taxpayer load, and widen the use of electronic communications. Together, a variety of groups of work should give the improvements planned to correct issues connected with the 2012 filling season, and offer the IRS guarantee of the modified e-file system’s willingness for the 2013 filling season.’’

The IRS did not give any comment on the report, and the TIGTA also did not formulate any recommendation in this report.