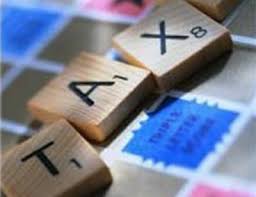 The FASB is planning to consult financial statement users, auditors, preparers and others in the financial sector on how they can best address the concerns which have been raised over their standards regarding the accounting for income tax. The board is also planning to ask stakeholders whether or not addressing these concerns should be made a priority over other projects in the pipeline. These are concerning possible improvements being made to US GAAP.

Russell Golden, the Chairman of the FASB, raised this question in a letter he sent to Cynthia Eisenhauer and John Davidson, the co-chairs of the FAF, Financial Accounting Foundation, Standard Setting Process Oversight Committee. Golden wrote the letter as a direct response to post implementation review conducted by FAF. This concluded that this standard adequately resolved those issues it was intended to, but may have failed in reducing the complexity which is associated with income tax accounting.

The FASB pointed out that the review suggested that both auditors and preparers were finding certain areas of the FASB Statement No. 109 Accounting for Income Taxes, operationally challenging. The aspects they are finding problematic include;

Transfers of assets between companies

Situations where deferred tax liabilities aren't recognized for having temporary differences which are related to those earnings which have been determined to have been indefinitely reinvested into foreign subsidiaries.

As well as soliciting this feedback, the FASB will be continuing the analyze the report pertaining to the aforementioned post implementation review, according to the letter from Golden. The letter went onto say that the continuation of the PIR report evaluation would be done via the FASB Rules of Procedure and would include criteria pertaining to both the review itself as well as re-examining the standards currently in existence.

In the rules regarding this criteria, reviews of existing standards could be pertinent if evidence or information is obtained which hadn't previously, or had inadequately, been considered as evidence by the board.