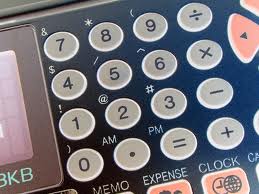 FURTHER POWERS ensures new weapons to HM revenue & Customs that gives the benefits to the government to tighten its control over offshore funds and ensures the maximized revenue. Already taxman has added this powerful weapon to their arsenal. According to the avoidance scheme that block the similarities and force to pay the disputed tax up front before going to the tribunal.

According to the chancellor’s announcements the consultation on proposal that allow HMRC to directly access the debtor’s bank account and related details of pending deduct tax.

According to the latest document provided by the UK government “No Safe Heavens” introduces new penalties for offshore money no matter whether the owner intentionally try to avoid the tax or not. According to the new law, holding undeclared offshore money can cause criminal offenses and can cause prison sentence. Currently, HMRC needs to prove the individual’s intention to avoid tax on foreign income.

The Treasury expects to increase the possibilities and cooperation from Cayman Islands, the Isle of Man, Jersey and Guernsey, in order to share their information sources and information exchange to ensure the perceived tax possibilities. Regardless of the deals, approximately £ 3 billion target generated through tax deals from UK residents with hold money in Switzerland.

According to the tax assurance director Edward Troup and Director General Jim Harra, approximately £ 440 million revenue recovered last year, whereas £ 782 million recovered in total since the rule was approved.

According to the founder member of the tax investigator firm “Watt Busfield”, Rebecca Busfield: HMRC specific response to the parliamentary criticism of their previous poor record in prosecuting alleged tax fraud.

Lastly, she added: the new regulation and its criminal power ensure the power to retrieve the hidden funds additionally, it improves the non-transparent banking system.