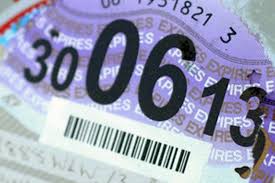 According to a research conducted by FreeAgent, one-fifth of the micro-businesses have no to little knowledge about what the Making Tax Digital (MTD) plan is all about and what the Government is planning to do in this respect.

The report is based on the survey that included 580 employers and less than 10 employees of micro-businesses that exist in the UK territory.

The Study also showed that 84% of the respondents think that the government has not provided enough information about the plans with respect to MTD and also with regards to other factors such as how the legislation would impact the UK businesses and the owners.

The CEO of FreeAgent Ed Molyneux feels that MTD will be one of the biggest and important changes that the government has made with respect to the tax system in UK in generations and this will start to affect businesses from as early as 2018.

Although, many owners of micro-businesses appear to be positive with the proposed plans but it is clear from the research that there are many who still need more information regarding what MTD proposal is all about and how it will affect the businesses if it is implemented.

The Study also pointed out one thing that the business owners who are well-informed about the tax digitization proposal, most of them are pretty positive with regard to these plans. Therefore it is important to keep the owners and employees of businesses updated with regards to all the changes that are being made with respect to the tax system in the UK as they are the ones who will be most affected because of these changes.