HMRC collected £943m from Large Businesses through the use of APNs 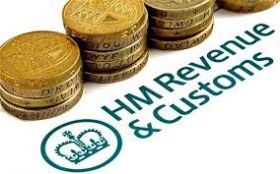 As per the international law firm pinsent mansions, HMRC collected a total of £943m from large sized businesses through the use of accelerated payment notices (APNs) in the past one year. The law firms is also of the opinion that the collected amount is likely to be related to the use of a number of tax avoidance schemes and arrangements, including the use of employee benefit trusts (EBTs) to lower the amount of tax to be paid.

These notices are basically issued to businesses and individuals that are suspected by the tax authorities to be involved in tax avoidance and as per the notices the recipient of these notices are required to settle the amount of disputed tax within the time period of 90 days. These notices have also been subject to controversy as these notices are issued without any prior hearing and the right to appeal.  As a result of this controversy HMRC was forced to withdraw several notices following legal challenges which HMRC had to face from various parties.

As per heather self, partner at Pinsent Masons, the amount of £943m collected by HMRC is astonishingly high and also indicates that this tool will widely be used by the HMRC.

The amount of £943m was collected as a result of the efforts put in by HMRC’s large business directorate, a specialist unit that is basically designed to deal with the largest and most complex companies of the UK, basically in relation to the corporation tax payments.

The law firm also pointed out that a number of arrangements involving the use of EBTs are being reviewed, including those that were used by Rangers FC, heard during the proceedings of the high-profile Supreme Court case last month.

In a number of situations the use of APNs have resulted in judicial reviews, one of the example being the Rowe case where the situation in which the APNs were issued has been challenged. The hearing of the court of appeal is due to be taken place in July.