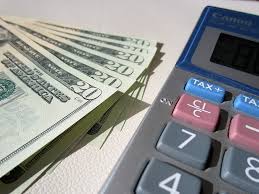 Legal and accountancy firms generated £15.5bn in tax in 2015/16, according to a report prepared by the PwC for TheCityUK, the lobby group for financial and related services industry in the UK.

According to the research by PwC, the legal and accounting sector collectively employed 693,000 individuals in various job roles all across the UK.

Almost one fourth  (23%) of the European Union employees in the sector are in the United Kingdom, and TheCityUK has said that the report highlights Britain’s position as the premier employer in the legal and accounting services sector.  The UK is followed by Germany which represents 21% of the total EU employees in the sector, while France and Spain represent 10% and 8% respectively.

According to study, we have come to know that in 2016, there were approximately 60,500 accounting and legal businesses all across the UK and firms where the number of employees is fewer than 99 make up 99% of the total firms.

The Chief Executive of TheCityUK, Miles Celic, said that UK is the premier global centre for accounting and legal expertise and it is important that we not only look to maintain it but also make efforts to help it  to grow even further as we are move through Brexit and beyond.

Miles Celic further said that this expertise is not just located in London but its presence can be felt all across the UK, with centres of excellence, including Edinburgh, Bristol and Manchester are adding value to the UK economy. These are the areas we expect to show the most growth in the year to come as we move through Brexit and beyond.