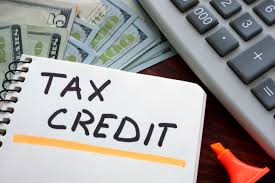 The Low Incomes Tax Reform Group (LITRG) is urging all the taxpayers to get in contact with HMRC if they fall in the list of people who missed the renewal deadline with regards to their tax credit.

There was a renewal deadline of July 31 for all those taxpayers that were told to get in touch with HMRC for their tax credits renewal. Due to any reason if someone has missed the mentioned renewal deadline then in such a case HMRC will stop payments against that person’s tax credit claim and that person will be provided with a statement of account. The statement will notify the person that the payments against tax credit has been stopped by HMRC and that it has asked for all the payments made against tax credit claims since the start the tax year 2017/18 to be paid back.

The senior technical manager at LITRG, Victoria Todd, said that provided that those tax payers get in contact with HMRC within 30 days from the date mentioned on their statement of account and renew, HMRC will ensure the processing of the tax credit renewal of those tax payers and the authority will also reinstate their claims for 2017/18 tax year back to April 6, 2017.

She further said that if a person is self-employed and does not have details regarding last tax year then he must provide an estimate and then have to either confirm the estimate figure, or file actual figures with HMRC, by January 31, 2018.

If an individual fails to renew his/her tax credit by the mentioned 30-day deadline then he/she can only renew and secure annual entitlement against tax credit claim for the tax year 2017/18 if the process of renewal is completed by January 31, 2018 and can justify himself/herself in front of HMRC that he/she had a good reason to for missing the July 31, 2018 deadline and the additional 30-day deadline.

Tax credits are paid to people who are responsible for young people or children and working people on low incomes. Treasury figures show that around 4.28 million families benefited from tax credits in tax year 2015-16.