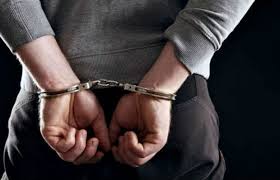 A father and son duo has been handed over to the UK by the authorities in Spain after they were caught in Spain for stealing around £1m in VAT.

Jamie Colwell was given prison sentence of 5 years and 3 months while his father was sentenced to serve jail period of 2 years and 8 months. Jamie began his prison sentence on May 24, 2018 after he was found guilty of stealing around £1m in form of VAT repayments newly-built houses that in reality, never existed and in all of this Jamie’s father played a big role as well as he helped his son in every way possible to successfully carry out this deceitful and fraudulent activity.

Jamie tried to escape to France in an aircraft while his father tried to escape through ferry before the father-son duo headed towards Spain. On May 9, 2018, the pair was traced by investigators sent by the HMRC to Spain with the help of their foreign partners to a villa near Benidorm and there the pair was arrested by the Guardia Civil officers.

On May 23, 2018, the pair reached UK where they were immediately taken into custody before appearing in the Bournemouth Crown Court on May 24, 2018 through a video link.

The duo along with Jamie Colwell’s former partner named Briony James claimed that they had spent around £14 million on construction of new houses but in reality not a single penny was spent on building houses. All this was a plough to claim VAT repayments amounting to £965,897 but an independent investigation carried out by the HMRC revealed that not a single brick had been laid.