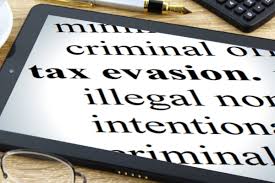 HMRC is enquiring more footballers and their agents regarding allegations of potential tax avoidance with respect to players’ image rights.

Currently 171 football players, 44 English premier league and Football League clubs are being investigated for potential tax evasion in addition to 31 football agents who are also under scrutiny.

In comparison with last year, HMRC was said to have been enquired 90 players, 38 clubs and 13 football agents over allegations that they failed to pay the correct tax amount on the sale of players’ image rights.

The investigation into the football industry thus far has delivered £332m in extra tax for the authorities.

A representative of the HMRC has said that HMRC is carefully analyzing and scrutinizing the arrangements that takes place between football players and clubs regarding the sale of image rights of the players to ensure that right amount of tax is being paid on the transaction in the UK.

HMRC is said to be tracking developments regarding the said matter overseas as well since some of the players and managers currently applying their trade in the English leagues were reported to be facing investigation in their home countries for potential tax avoidance.