Tax Deal with the Swiss Defended by UK Minister 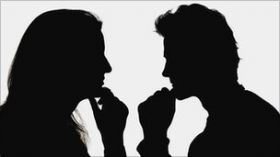 A UK government minister has defended a deal with the Swiss that could capture tax of up to £5bn but keep bank account holders' identities secret.

Undeclared money held by UK taxpayers in Swiss accounts will be taxed for the first time, at up to 34% of the total.Treasury minister David Gauke said the deal was historic, with no chance of the Swiss abandoning tax secrecy altogether.

But one accountant said the deal was "a slap in the face" for normal taxpayers."It is good, but the dodgers are still getting away with it," said Ronnie Ludwig from accountants Saffery Champness."It is still a slap in the face for all honest taxpayers who pay the full whack."

Under the terms of the agreement, the Swiss will tax the bank accounts of the UK taxpayers from 2013 and transfer the money directly to the Treasury - offering an opportunity in the near future for tax dodgers to move their funds to other havens.

The accounts in Swiss banks will be taxed at between 19% and 34% on the principal sum hidden, depending on how long the account has been running.The Swiss have agreed to make an initial downpayment of 500m Swiss francs (£385m).

From 2013, the account holders will also face an annual levy of between 27% and 48% on the income from their accounts, depending on whether it has arisen as capital gains, dividends or interest.

The deal, part of the UK tax authority's efforts to track down and tax money hidden in offshore bank accounts, could initially see up to £5bn being handed to HM Revenue and Customs by the Swiss authorities.

The UK authorities will also have the right to request the banking details of 500 UK individuals a year for further investigation.Such deals are rare, although a similar deal was agreed earlier this month between Germany and the Swiss authorities.

Some accountants and campaigners have criticised the ongoing anonymity that the deal allows, but David Gauke, Exchequer Secretary to the Treasury, said the agreement was a victory."There was no prospect of the Swiss abandoning bank secrecy altogether," he told the BBC.

"There is no political appetite for doing that and we also have to remember with Switzerland, with something like that, you would actually need to have a referendum on it, so there was no prospect of that happening.

"But if you look at the deal that we have got, if anyone wants to maintain their Swiss banking secrecy they are going to have to pay for it very substantially, potentially losing over a third of their assets."UK taxpayers will only be able to avoid the new tax measures in Switzerland if they come forward and make a full disclosure of their finances there to HMRC.

Chas Roy-Chowdhury, of the Association of Chartered Certified Accountants (ACCA), said the deal was "very innovative"."This is a wake up call to tax dodgers, and will flush some of them out of the woodwork," he said.However, critics have pointed out there is a chance in the next two years for people to move their money to tax havens to avoid tax.

Since 2007, HMRC has been targeting people in the UK who have failed to pay UK tax on money kept in offshore bank accounts.And in 2009 the UK authorities struck a deal with the government of Liechtenstein, a notorious tax haven.

If UK taxpayers hiding cash there confess, they will face penalties amounting to just 10% of the tax they have evaded. They will still have to pay their back-taxes, and interest, going back up to 10 years. As many as 5,000 British investors are thought to have stashed an estimated £3bn in secret accounts in Liechtenstein.

Those who do not take advantage of the disclosure "opportunity" in Liechtenstein, which runs to the end of March 2015, will face fines amounting to 200% of their unpaid tax, as well as back-taxes and interest.

Chris Oates, of Ernst and Young, said: "As a side effect of the announcement, we could also see an increase in people moving their assets to Liechtenstein rather than paying up to the Swiss authorities.

"The Liechtenstein Disclosure Agreement only requires a back payment of taxes from 1999/2000 onwards, rather than the total value of assets held in Switzerland."This could prove a more cost effective way to resolve past tax liabilities for UK individuals than the new Swiss arrangement."

For decades, Swiss banking laws have provided complete secrecy for foreigners operating bank accounts there. The account holders have been able to use the accounts to hide money from the own tax authorities, without even having to pay any Swiss tax.