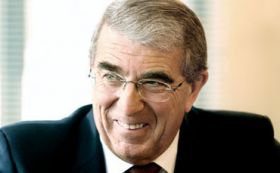 BRITAIN’S tax system is "punitive" and deterring entrepreneurs, according to the president of the CBI.

Sir Roger Carr (pictured) made his remarks during a speech in Glasgow last night. He said: "High personal taxes may seem like good politics, but they’re bad for business. They should come down – and not just be replaced by a damaging property tax.

"The UK needs motivated entrepreneurs and it’s a fantasy to think that highly mobile, talented people will forever tolerate some of the most punitive tax rates in the developed world."

The comments come amid fresh debate over the 50% rate of income tax for those earning more than £150,0000 and the Liberal Democrats' mansion tax proposals. The 50% rate, which is now under review, was intended to be a temporary measure by the then Labour government. The Treasury is waiting to hear what sum of revenue is actually raised before deciding whether to continue with it.