Amazon Bargains with California on Taxes 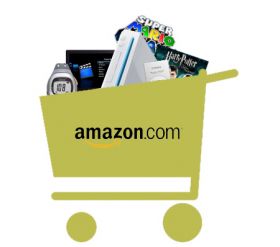 Amazon.com is trying to convince California lawmakers to delay a recently passed law imposing sales taxes on online purchases in exchange for creating 7,000 jobs in the state.

Amazon is offering to build distribution centers in the Golden State and hire about 7,000 employees in exchange for a two-year moratorium on forcing the company to collect sales taxes from its customers, according to the Sacramento Bee.

California passed an online sales tax law in June that is estimated to raise $200 million in annual revenue. After the law passed, Amazon promptly dropped affiliate Web sites in the state that direct Web traffic to its own site in exchange for a cut of the revenue.

The company has also been backing a voter referendum in the state aimed at repealing the law. So far, the company has refused to impose a sales tax on California customers.

However, California officials have been cool so far to Amazon’s proposal. Asked about the offer, Governor Jerry Brown told the Los Angeles Times, “I’m concerned about anything that would reduce revenues going forward because we’re in a very uncertain economy. We need more revenues unless we’re going to keep curbing schools, courts, corrections.”

Democratic lawmakers are trying to pass a bill in the California Assembly that would prevent Amazon from putting its referendum on the ballot.