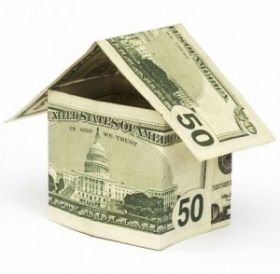 The Internal Revenue Service granted tax filing and penalty relief Tuesday to large estates of people who died in 2010, saying their heirs will have until early 2012 to file the necessary tax returns and pay any estate taxes owed.

The IRS is also providing penalty relief to certain beneficiaries of large estates on their 2010 federal income tax returns.The estate tax temporarily expired last year, leading many beneficiaries to believe that no estate taxes were owed for even the largest estates of any wealthy people who died in 2010. However, with the passage of the tax cut extension law last December, the picture grew more complex. It reinstated the estate tax for those who died in 2010, but allowed their executors to opt out of the estate tax, and instead elect to be governed by the repealed carryover basis provisions of the 2001 law by filing Form 8939.

However, that form, along with the regular estate tax form, Form 706, and their instructions were delayed. The IRS only just posted the instructions for Form 706 last week (see IRS Provides Estate Tax Instructions for 2010 Decedents). Form 8939 is still in draft format, and the IRS provided guidance last month to help taxpayers deal with the complex carryover basis rules (see IRS Offers Guidance on Estate Tax Carryover Basis for People Who Died in 2010).

The tax relief granted by the IRS on Tuesday is designed to give large estates, normally those over $5 million, more time to comply with some of the key tax law changes enacted late last year in the he Tax Relief, Unemployment Insurance Reauthorization, and Job Creation Act of 2010. Revised versions of the estate tax forms are now available on IRS.gov, and the carryover basis form will be released this fall, the IRS noted.

Under the relief granted by the IRS on Tuesday, large estates that opt out of the estate tax will now have until Tuesday, Jan. 17, 2012, to file Form 8939. This special carryover basis form, required of estates making this choice, was previously due on Nov. 15, 2011. Because this is a change in the specified due date rather than an extension, no statement or form needs to be filed with the IRS to have this new due date apply.

Estates of those who died in 2010 that request an extension on Form 4768 will have until March 2012 to file their estate tax returns and pay any estate tax due. Normally, a six-month filing extension is automatically granted to estates filing this form, but extensions of time to pay are granted only for good cause.

No late-filing or late-payment penalties will be due, according to the IRS, although interest still will be charged on any estate tax that is paid after the original due date.

Special penalty relief is provided to many individuals, estates and trusts that already filed a 2010 federal income tax return, or obtained an extension and plan to file by the Oct. 17, 2011 extended due date, the IRS noted. Late-payment and negligence penalty relief applies to persons inheriting property from a decedent dying in 2010, who then sells the property in 2010 but improperly reports gain or loss because they did not know whether the estate made the carryover basis election.