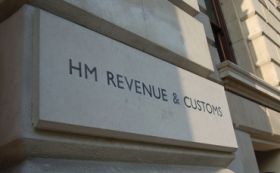 THE TAXMAN'S controversial plan to check small business' record-keeping has been scaled back, it has emerged.

Its business plan had included a target of 20,000 record check visits to be completed by March 2012, which has now been reduced on a pro rata basis of 12,000.

However, HMRC described its plan to increase staff working on the check from 30 to 120 - plus the increase to 20,000 checks next year - as part of an 'extension' of the scheme.

An HMRC spokesman said: "Currently, having undertaken pilots initially and by building up the numbers in a measured way, HMRC is seeking to develop and refine the BRC approach before introducing it on a larger scale."

"Adequate records give businesses a clear idea of their trading position and profitability, allowing them to make business decisions and adjustments to ensure survival and success. And wh ere a check has shown a business keeps adequate records, it gives HMRC a greater degree of assurance as to the likely accuracy of its tax returns."